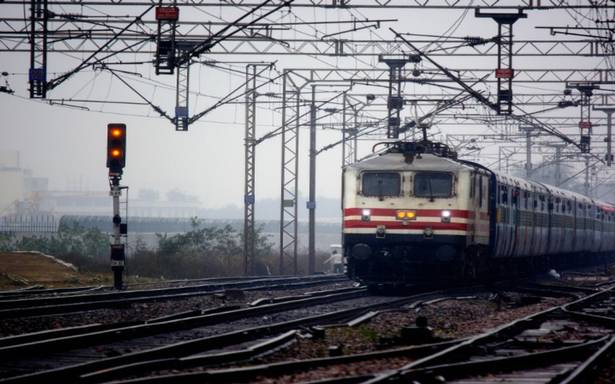 The Indian Railways is one of the country’s largest organizations. It is owned and operated by the Government of India through the Ministry of Railways. It is among the four largest rail networks in the world, along with the United States, China, and Russia. An analysis showed that a steady shift to other modes of travel has been affecting growth. Several committees have been discussing the expansion and modernization of Indian Railways.

Why have Indian Railways opened doors for private players?

In vision to expand and modernise the sector, ensuring better services to passengers.

The story so far: Indian Railways has launched the process of opening up train operations to private entities on 109 origin-destination(OD) pairs of routes using 151 modern trains. It has invited Request for Qualifications proposals, for scrutiny of vendor capabilities, from those who can bring modern trains for operations on existing rail infrastructure. At present, scheduled passenger train services remain paralysed during the COVID-19 pandemic, and various railways have been running only specials such as those for workers. Yet, the Railway Board has moved ahead with a long-pending plan, setting a tentative schedule for private train operations, expected to begin in 2023 and in 12 clusters. In December 2019, Union Railway Minister Piyush Goyal had said that a Group of Secretaries had gone into the question of allowing private train services. There was no proposal to allow more Tejas trains from Indian Railway Catering and Tourism Corporation Limited (IRCTC), the Minister said. The IRCTC, in which the government is the majority shareholder, was given pilot Tejas operations in the New Delhi-Lucknow, and Mumbai-Ahmedabad sectors. These were the first trains allowed to be run by a ‘non-Railway’ operator. The present move takes another step towards competing passenger train operations, bringing new-generation trains and attracting investments of an estimated ₹30,000 crore.

What is the background to the decision?

Several committees have gone into the expansion and the modernisation of Indian Railways. In 2015, the expert panel chaired by Bibek Debroy constituted by the Ministry of Railways a year earlier, recommended that the way forward for the railways was “liberalisation and not privatisation” in order to allow entry of new operators “to encourage growth and improve services.” It also made it clear that a regulatory mechanism was a prerequisite to promote healthy competition and protect the interests of all stakeholders.

The present invitation for private operators to submit qualification bids for 151 trains would be, in the assessment of the Railway Board, only for a fraction of the total train operations — 5% of the 2,800 Mail and Express services operated by Indian Railways. The overall objective, however, is to introduce a new train travel experience for passengers who are used to travelling by aircraft and air-conditioned buses.
From a passenger perspective, there is a need for more train services, particularly between big cities. The Railway Board says five crore intending passengers could not be accommodated during 2019-20 for want of capacity, and there was 13.3% travel demand in excess of supply during summer and festival seasons. Without an expansion, and with the growth of road travel, the share of the Railways would steadily decline in the coming years.

Why is the move significant for Indian Railways?

For the Railways, one of the largest organisations in the country operating not just trains for passengers and freight, but also social institutions such as hospitals and schools, it represents a radical change. According to data maintained by the World Bank, in 2018 India had 68,443 route kilometres of railways. It is among the four largest rail networks in the world, along with the United States, China, and Russia, although every kilometer of track in India covers a geographical area much less than Germany, Russia, China, or Canada, indicating scope for expansion.

An analysis of passenger and freight operations in the Railways, taken note of by the Economic Survey and the erstwhile Planning Commission, showed that a steady shift to other modes of travel for both categories was affecting economic growth: by as much as 4.5% of GDP-equivalent. It was estimated that a one rupee push in the railway sector would have a forward linkage effect of increasing output in other sectors by ₹2.50. The Debroy committee found this significant to take the ‘Make in India’ objective forward. The panel also noted that passengers were willing to pay more if they had guaranteed and better quality of travel and ease of access. The move to augment capacity virtually overnight through private capital in train operations pursues this line of reasoning.

Train services operated by Indian Railways cover several classes of passengers, meeting the social service obligation to connect remote locations, and adopting the philosophy of cross-subsidy for passengers in low-cost trains through higher freight tariffs. In more recent years, it has focused on revenue generation through dynamic demand-based pricing.

Private operators are not expected to shoulder the burden of universal service norms and will focus on revenue. Even the first IRCTC-run trains have a higher cost of travel between Lucknow and Delhi than a Shatabdi train on the same route that almost matches it for speed. So private operators would have to raise the level of their offering even higher, to justify higher fares, and attract a segment of the population that is ready to pay for this difference. The government would have to explain that it has monetised its expensive fixed assets such as track, signalling and stations adequately for the taxpayer, who has paid for them.

The key piece in the scheme is the independent regulator, recommended by expert committees. Before the pandemic struck, the Government of India said in the Lok Sabha in March that it had notified the resolution to set up a Rail Development Authority as a “recommendatory/advisory” body, advising the government on, among other things, promoting competition, efficiency and economy, and protecting consumer interests. Private rail operations can thus be seen as a government-led pilot plan, not a full programme for unbundling of the monolithic Indian Railways, although the more attractive parts are being opened for private exploitation.