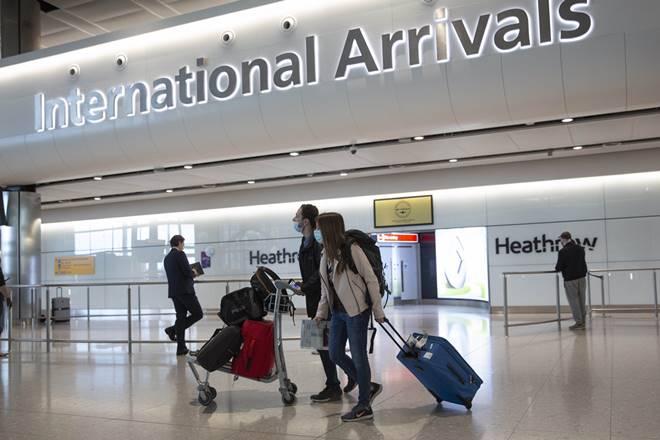 Britain’s government is set to announce all travellers from Spain arriving after midnight (2300 GMT) on Saturday will need to spend two weeks in quarantine in case they are infected with coronavirus, the Sunday Times newspaper reported.

If true, the reported announcement would deal a major blow to Spain, which is trying to recoup its tourism season after the sector took a battering from coronavirus lockdowns and travel restrictions earlier in the year.

“Second wave of Covid-19 there has prompted decision to kick Spain off the safe country list,” the newspaper’s political editor, Tim Shipman, said on Twitter.

Britain’s health and transport ministries had no immediate comment on the report.

The Spanish Foreign ministry and the office of the Spanish prime minister were not immediately available for comment.

The UK government’s rules apply to travellers arriving in England. Scotland, Wales and Northern Ireland set their own quarantine rules.

Late on Saturday Scotland announced it would reimpose a 14-day quarantine on travellers returning from Spain. Scotland said England, Wales and Northern Ireland had also decided to impose the restriction.

Cases of coronavirus have been on the rise again in recent weeks in Spain, prompting concern in several European countries.

On Friday Norway said it will re-impose a 10-day quarantine requirement for people arriving from Spain from Saturday, while France advised people not to travel to the Spanish region of Catalonia.

The safe country list referred to by Shipman is a list of countries that the UK government has said are safe for travellers to visit – meaning people do not have to go into quarantine on return home.

Such quarantines are likely to put people off taking a holiday in “non-safe” countries.

Britons make a big contribution to Spain’s tourism sector, which in turn accounts for some 12% of GDP, according to the Spanish National Statistics Institute.

Last year 83.7 million tourists travelled to Spain, of whom 18.08 million were British, making them the largest group by nationality, according to the institute.

“Spain is a safe country,” she told CNN television.

She added that like many countries around the world that have managed to control the disease, Spain “has outbreaks but the governments — both national and regional — are working to isolate cases as soon as they appear”.

Spain was one of the worst hit countries in Europe by the pandemic, with more than 290,000 cases, and more than 28,000 deaths. It imposed very strict lockdown measures to contain the spread, easing them earlier this summer.

But there have been outbreaks in recent weeks, with the northeastern region of Catalonia one of the hotspots.

Catalonia, which includes many popular tourist resorts as well as the city of Barcelona, reported 1,493 new coronavirus cases and three deaths on Saturday. The regional government has urged residents of Barcelona to stay at home.

Regional officials have also ordered all discos in Catalonia shut from Saturday for the next 15 days, while bars, restaurants and casinos must shut by midnight.

Britain itself has been the worst hit country in Europe by the pandemic, with more than 328,000 cases and an official death toll of more than 45,600.