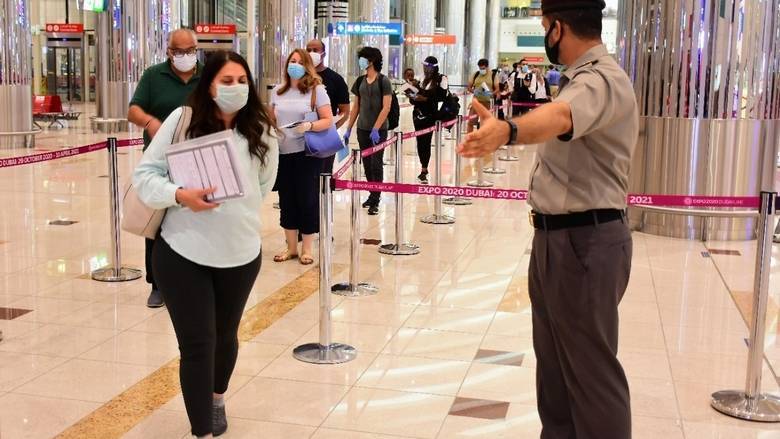 The Government of India has extended the suspension of scheduled international flights until August 31.

Expatriates stranded in India have said they continue to face “hurdles” in returning to the UAE, even as flights between both countries resumed for a 15-day window until August 15.

Some expats claimed they are struggling to receive the mandatory pre-departure approvals from the Federal Authority of Identity and Citizenship (ICA). A number of UAE residents – whose children are studying in India – said they are still awaiting clarity on whether their kids can return on visit visas.

Others Khaleej Times reached out to said they are finding it difficult to get their PCR Covid-19 negative results from a UAE-approved facility close to their residence.

According to media reports, the Government of India has extended the suspension of scheduled international flights until August 31. However, travel will take place under ‘travel bubbles’ agreement India has signed with various countries. Furthermore, travel agents in the UAE have confirmed that the visit and new entry visa applications to the General Directorate of Foreign Affairs (GDRFA) have been approved and accepted starting Wednesday.

However, airlines such as Air India and Air India Express have asked passengers for visas stamped in their passports to fly.

The Consul-General of India in Dubai, Dr Aman Puri, confirmed to Khaleej Times that India and the UAE are also moving towards an air bubble concept. The agreement enables a sharing of flights between the countries to repatriate Indian citizens and stranded expatriates to return to the UAE on the return-leg of the Vande Bharat Mission (VBM) flights.

The Consul-General confirmed that between August 1 and 15, a total of 164 Air India and Air India Express flights will operate from India to the UAE on the return leg of VBM. He said: “Also, the consulate has issued 57 NOCs to Emirates for flights operating from July 29 to August 15. Several more NOCs were issued to other UAE carriers as well.”

Commenting on the status of parents who are awaiting permission to bring their kids’ home on visit visas, Dr Puri said: “The category of passengers who can return to the UAE remain. Just because the flights are going, this does not mean anyone can travel. Someone who has to travel back from India to the UAE, regulations set by the UAE authorities have to be followed.”

Originally from India, Dhanusha Gokulan has been working as a journalist for 10 years. She has a keen interest in writing about issues that plague the common person, and will never turn down a human interest story. She completed her Bachelor in Arts in Journalism, Economics, and English Literature from Mangalore University in 2008. In her spare time, she dabbles with some singing/songwriting, loves travelling, and Audible is her favourite mobile application. Tweet at her @wordjunkie88